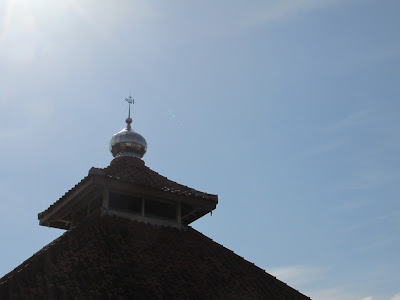 I remember when I am having dinner together with friends - one of them is Jewish - in Bandung few years back. We were at Madtari - where an instant noodle "Indomie" served with toppings like corned beef, cheese, and egg combined.

We were about to order our food when my Jewish friend explain about kosher, the law of eating equal to halal concept for Muslims.

"I can't order Indomie with such toppings, unfortunately. It is considered not kosher," he explained.

"Corned beef and cheese made from cow milk are just like parent and children, we cannot boil them at once," he said carefully. In Jewish law, it is called בשר בחלב‎‎ (basar bechalav) or literally meat in milk. Book of Exodus forbids "boiling a (kid) goat in its mother's milk".

So he avoided all of Indomie-related menus and just moved to toast instead.

As respect to my Jewish friend, I wanted to cancel my Indomie as I did not want to pique him. But he responded fast and firm, "just go ahead with your Indomie. Kosher is my business, not yours."

I was incessantly impressed by his attitude towards us and his own belief, until today.

A Lesson for Today

I think my experience is precisely relevant to what happened in Indonesia annually: Ramadan debate of closing warung. Have you watched the video from Kompas TV that Satpol PP of Serang, Banten, seized one warung that opened in the midday of Ramadan? Yeah, that's the problem! 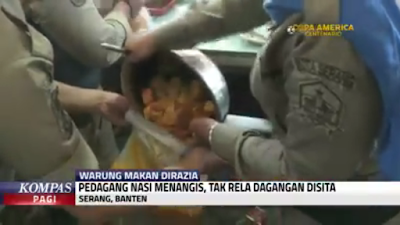 For decades, it is common to hear cliche slogans like "close your warung to respect those who fast" or "to embrace tolerance among us, government forbids warung to open", yet I strongly oppose them. Because I believe that respect is something you earn from your modest personality, not by indignantly forcing others to do so. You can't expect the world adjusts itself just to suits your mood.

This is similar with the situation in the office or college or anywhere. You will automatically give respect to your bosses or lecturers or anyone who embrace you warm, not to those who impose strict law and demand yourself to accommodate their needs.

The second thing is government's attitude on religion. Religion is something that the State cannot interfere. Consequently, those mayors and local politicians cannot join the public debate on religious practices. They should not compose any law "for the sake of tolerance" just to satisfy one particular group that has their own interpretation.

Remember, tolerance has to be grown naturally. If some warung owners want to close their shops, or want to open, it is up to them. The only duty the government bears is to protect Muslim's right to fast, and others' right to not fast - and make sure there is no-one in this country is enable to use violence and neglect our law.

Remember, nor intolerant groups or the State has the task to write down our merit and sin. Fasting is our personal business with God. So just let angel Roqib and angel Atid continue their assigned jobs.

So when you see intolerant groups are arrogantly forcing warung to close, and think that's something good, please do think twice. Maybe people will follow their demand, yet people don't give respect and people are just afraid. And we may possibly ask those groups cordially: are you worshiping your God or just your ego?