#RamadanStory : How We Ask Religion 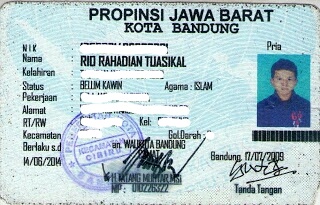 My 1st day of Ramadan was awkward.

I was putting on my shoes on Monday morning when my ibu kos greeted me at the door, and bashfully asked.

"Do you celebrate Eid?"

"I thought you celebrate Christmas."

Back to my days as students, I was frequently asked by curious shy friends. Apparently because most people find me as religion ambiguous - well I am muslim. I remember the other way people used to know my identity.

"Do you go to the mosque or the church?"

What if I don't do both?

I know that for some people religion is an issue. Even considered as taboo. So when they talk about it, they will prefer analogy, almost silent, feeling guilty or offended, or just avoid the talk anyway.

But the more you don't want to say religion as a noun, the more it shows the problem within your mind. If you think saying I am buddhist or I am hindu is embarrassing, it represents your classification and narrow-judgmental mind. What you have in mind is other religions are wrong or illogical, or simply think they all are not equal compared to yours.

Contrary - and I reccomend this - just ask it firm and clear.Without adding sorry as an intro.

"What is your religion?"

Such question shows neutrality, and there's nothing wrong with your faith or others'.

Only to those people who say religion as a noun - which I believe will get rid off prejudice and stereotype - I will care to spend hours to discuss about God. []