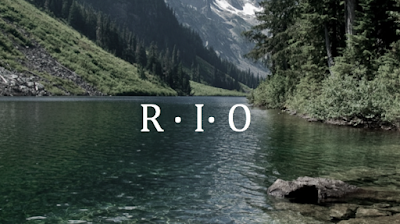 For those who are curious about my first name.

Been living in the US for a couple months, I am now able to recognize a part of myself that interests people the most: my name, Rio. This is actually Portuguese for "river" but I don't have Iberian blood in me. I will discuss this at the end of this writing. But first please take a look three main scenarios on how people will react to my name.

In most cases, some people think "Rio" is too good to be true. Like, how can an Asian guy like me has such an easy name? Oftentimes, mostly at Starbucks, the cashier will ask once again just to make sure that they are not mistaken. "Rio as R-I-O?" they asked me several times. "Yup. That Rio," I replied.

But that's not always been the case. Few times some people want to make sure if Rio was my actual name or simply a nickname. So I said firmly,  "Oh, it's my REAL name. It's on all of the paperwork and legal documents." Later I learned, some of them didn't know that Indonesians use the same Latin alphabet like in the US and Europe. They think Indonesia has other writing systems like Thailand (อักษรไทย) or Japan (ひらがな).

The most interesting part of my name occurred when I meet Hispanic friends. My friend from Colombia, Emma Pabon, said I am the only Asian guy that she can pronounce the name easily. Even though my name is in Portuguese and she speaks Spanish but those are quite similar. Sometimes, people will ask if I am from Brazil. And I will say something like, "I am from Indonesia, actually, but my name has something to do with Brazil."

In addition to those, probably by looking at my face, sometimes people are guessing if I come from South America and trying to start a conversation with me in Spanish. "Habla Español?" This happened in a convenience store and at the pedestrian walk. I would love to learn Spanish but at this moment I don't speak the language.

Rio is not a common name in Indonesia. So why did my parents give me this name? To give you an idea, I have two cultural backgrounds in my root. My father is half Ambonese (Melanesian and Malay mix). While my maternal blood is full Malay. Why didn't my parents give me a local name like "Asep" or maybe "Andri"?

So "Rio" is just out of nowhere? Nope. I was actually named after Rio de Janeiro in Brazil. The inspiration was from my father, who was a young adult back in the 80s, falling in love with groove music from a German quintet, Trio Rio. Their single about three vibrant cities "New York, Rio, Tokyo," reached number three in the German chart in 1986 and found a way to my father's favorite list.

My father was really hooked to the song he even used "Rio" as a nickname in amateur local radio communications. During this time, my father under "Rio" name met my mother who agreed to pass me that history.

That's how I get this name. The song has New York aspect and Tokyo as well. I've had a chance to visit the Big Apple two years ago and again soon during my stay in the US. But Tokyo? I need to book a flight to get there!

And here's the song, please enjoy!