When ASEAN Youths Have Nothing to Hate

For YSEALI delegates from Indonesia, Thailand, and the Philippines 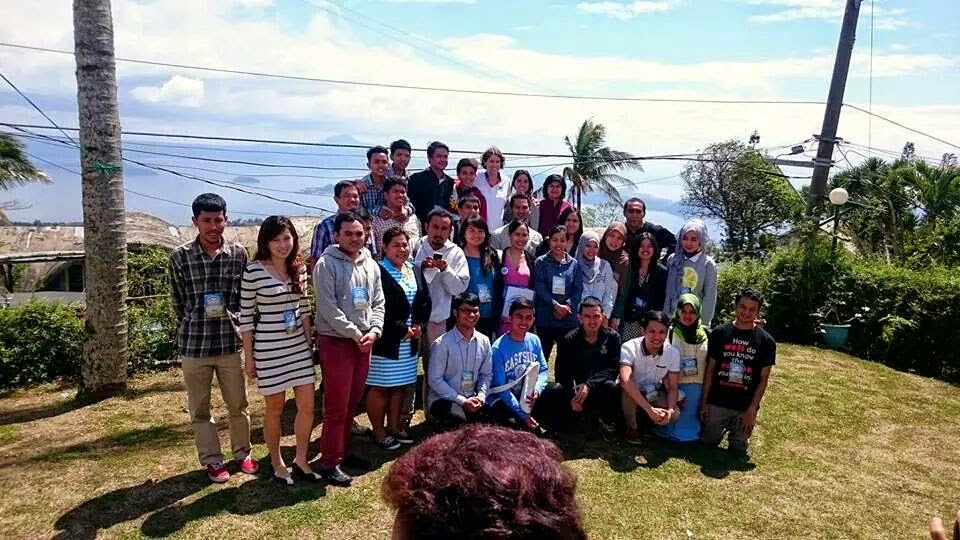 I still remember the way Sahadam Waeyusoh, one Thai delegate, yelling the phrase. His intonation  never failed to initiate laughter among us. Also, the way he was being crowned as a fake Miss Universe 2015. He's the King of Joker isn't it?

Five days of togetherness in Mariapolis, Tagaytay, Philippines, has proved that youths of the region have nothing to hate from differences. We are 30 in total, consists of 10 delegates each from  Indonesia, the Philippines, and Thailand. Most of us are students, and also activists, teacher, and journalists that have one same paradigm on how we celebrate our unsimilarities.

I remember the way I started learning Tagalog from Maan, one facilitator from the Focolare Movement.

"Selamat? Salamat here in the Philippines is thank you."

It is really beautiful that Maan and I were really excited everytime we found similar words between our native languages. Why didn't we debate on differences between umaga and pagi? Yes, the conversation told me the very essence of dialogue: find common ground.

Other participants also do the same. I remember when Thai delegates sing a melayu song from Indonesia band Wali or a pop song from duo T2. Also, we were trying to patiently listen to each other, and usually just smile if some of us mistakenly use the wrong English grammar. Here, prejudice and stigma do not exist.

We even made a fake beauty pageant consists of miss Thailand, miss Philippines, and miss Indonesia. See the video below! We came as strangers, and ended up as one ASEAN family.

Our friendship is the best start in building peace across ASEAN. Let's understand that our relation won't stop violence in various areas automatically. Now it is the time for us to once again convince people to choose the same paradigm---by our campaign.

Let's tell them our experience about friendship, fraternity, and peace in Tagaytay City. Then let people feel that peace is beautiful.

One peaceful ASEAN maybe not for us. Maybe it is for our children, or grandchildren. But the decision is in our generation.